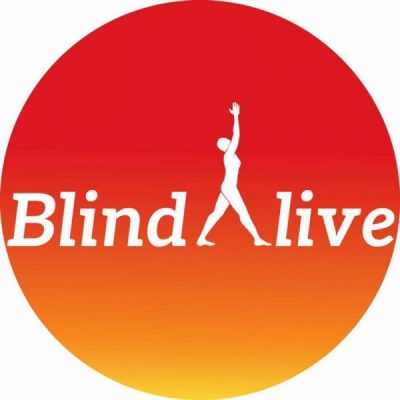 How To Start Exercising With Eyes-Free Fitness®

Originally published on BlindAlive by Mel Scott. Mel is a regular featured guest and Woman On The Move.

Recently I attended The American Council of the Blind conference. I met so many people, and the same question came up over and over. They would ask, “I don’t exercise, but I know I should. Where should I start, and what should I do?”

This is a common problem in our community, mainly because the choices for well-described programs have been almost non-existent. I have made it my mission over the last two years to create choices for people at all fitness levels. It is crucial that we move our bodies regularly so we feel healthy.

Today I am going to discuss the absolute beginner. You should consult your medical team before you start any exercise program. With that said, the best places to start with the Eyes-Free Fitness® programs are as follows:

I think these three options are good places to start for those who have never exercised or who need to ease back into activity with Eyes-Free Fitness®. I suggest that you try these and then you can move to the Level One workouts. We will discuss these more in an upcoming post.

We want to support you in every way we can to feel better than you do now. You may contact us through our Facebook page, on Twitter, or on our BlindAlive Community on Facebook.

Have you ever gotten a stone stuck inside your shoe? You try not to walk on it, and gingerly limp around until you can stop and remove it. Yesterday, this happened to me, with one important twist. When I tried to remove the offending stone, there was none to be found.

I was able to ignore it for the most part and went on with my day. Unfortunately, every time I got up from sitting at my desk, the discomfort was back, and by the end of the day, my slight limp turned into a hobble, and I could barely put weight on that foot.

The culprit, it seems, is something called Plantar Fasciitis, a condition that, while painful, can be easily treated in most cases. It happens due to repetitive micro-traumas to the plantar fascia, a thick fibrous band of connective tissue that runs the length of the foot. Treatment involves taking a rest from walking and high-impact activities and stretching the Achilles tendon and the muscles of the calves and feet.

I’m not thrilled about giving up my daily walk, even temporarily. I walk a minimum of an hour a day, and it’s rare that I don’t log ten thousand steps a day on my FitBit. To be perfectly honest, I don’t always enjoy walking and wonder sometimes if that hour could be better spent. However, if I don’t walk in a given day, I feel restless and full of nervous energy, and focusing on even simple things can sometimes be a challenge.

I feel so fortunate at times like these to have tools in my figurative toolbox. That way, when something needs to be fixed or adjusted, I am ready and able, because I have the right tools for the job. In this case, I have three, and I’d like to share them with you.

If you have any questions about what you’ve read, or you’d like to learn more about any of our workouts, please fill out the contact form at www.BlindAlive.com. We’d love to hear from you!

This week, we are pleased to feature the first in a series of posts by Peggy Fleisher.

I have always considered myself to be an ordinary person. I grew up in an ordinary city in the U.S., attended ordinary schools, had a successful but rather ordinary career, married a “regular guy,” and raised a daughter to womanhood. There are a few things about my life that are “outside the box.” I am totally blind, and the statistics say that due to medical advances, there are fewer totally blind people now than in times past. I home-schooled my daughter, which definitely qualifies as “outside the box.” In all the ways that matter though, I’m a regular Peggy. I eat what most people eat,, drink what everyone else drinks, and sit on my couch watching the same shows as everyone else, and gaining the same weight everybody gains…right?…right!

Then one day I stepped on the scale and was confronted with an extraordinary number! I did what an ordinary person like me would do; I got off and back on again. The number didn’t change; It was still an extraordinary number and a very unacceptable one. Once again, I did what most people would do in my situation. I went to the doctor and received a prescription for high blood pressure medicine, another for reducing my cholesterol levels, and a water pill. That is just great! I am an ordinary overweight American woman on a bunch of medicine that lots of people take at my age.

It was time for me to stop being an ordinary Peggy and make some serious changes to my lifestyle.

How was I going to transform myself from being average me to someone extraordinary? I thought about some extraordinary people I admire, and how they came to be that way. Neil Armstrong took “one small step for man,” and it became a giant historical event that changed how we think of the moon. Could I do that? Could I take one small step, and maybe another? Would it really make that much difference if I did?

The answer is a big “yes I can!”, and I did. I took a whole bunch of little steps, and got a big batch of little results that have added up to lasting changes in my life that I hope to share with all of you.

One of the most recent changes I made was to get up off my couch, turn off my TV, and get moving. I didn’t have a clue about how to make this change, so I started with what I knew. One small step!…Literally! I began walking just like Neil did on the moon. But I am an ordinary person, so I walked around my house, then around my yard, then around the block, then a mile, and later two miles. Now I walk between two and four miles a day. It is quite rewarding! Neighbors greet me, and friendly dogs and children play around me. I feel the sun on my face, and the breeze in my hair, and it is all very “ordinary” like me.

That extraordinary number on my scale has gone down about seventy pounds as of this writing, and I’ve had an extraordinary journey getting to this point. I’ll tell you more about that the next time I sit down to write. Before I go though, I want to tell you about another extraordinary person I admire. Her name is Mel and we all know her as the creator of the Eyes Free Fitness™ workout series. The thing that makes Mel an extraordinary person is that she had a vision to create ordinary workout routines for ordinary people just like me. Maybe you’re an ordinary person too. Maybe you’ve been a little intimidated by the idea of buying a workout and moving your body. It’s an ordinary feeling and one I understand. We all felt just as you do now when we ordered our first workout, but the results are extraordinary! You can take it from me, an ordinary Peggy.