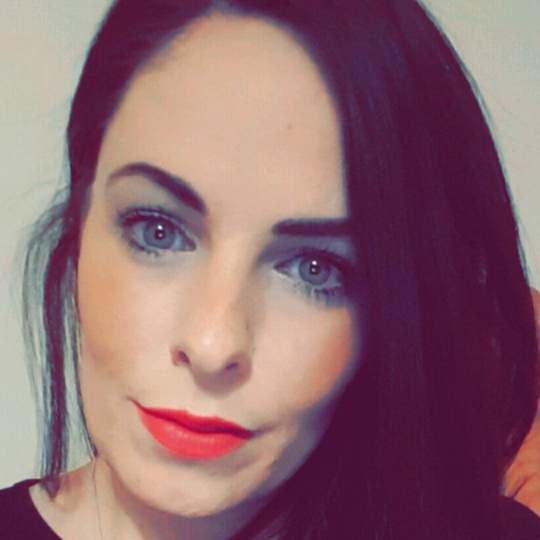 Kay Haines | Me Myself and Eyes

In August 2014, I was driving through some country lanes when I almost hit a tree that was in the middle of the road. I just didn’t see it until the last minute and luckily, managed to avoid hitting it. After this incident, I knew I needed to have my eyes tested again. While previous eye examinations indicated that my eyesight was fine, for some time I felt I couldn’t see things clearly.

With the expectation of being told I’d need to wear glasses full time, I got my eyes examined at Specsavers. Instead, the optician showed me an image of my eye and pointed to black areas at the back of my eye. I was scared at this point as I didn’t understand exactly what he was showing me.

He explained that from what he could see I had a disease called Stargardt’s. Coincidentally, his mother also had this disease. I asked him if glasses would help me to see properly, however, he said they wouldn’t help with my vision. He told me I needed to be referred to Moorfields Eye Hospital in London to receive an official diagnosis. I asked him outright if I was going to go blind; my heart sank when he said yes, I would! He told me that I would have to stop driving immediately.

I can’t even describe what I felt when I was told that I was going to lose my sight. My emotions were everywhere, I rang my mum and husband, I couldn’t stop crying! They thought I misunderstood but I told them to look up Stargardt’s disease online.

Over the next few days, I don’t think I stopped crying but I couldn’t just sit there any longer. Needing to know what I was facing, we contacted Moorfields and asked for a private consultation. I was seen by the doctor and it was confirmed that I had Stargardt’s disease. He couldn’t tell me much more until I underwent more tests to know what stage it was at.

I went through all the necessary tests over the next few weeks and within that time my sight deteriorated further. By September 2014, I was registered severely sight impaired (blind). My sight was measured at 6/60 in both eyes meaning I was 6 times over the legal driving limit. I was in total disbelief about how much my whole life had changed within such a short space of time. As a mother of two, one of whom was autistic, and I felt terrified for our future.

Since we were living in army quarters in Surrey at the time of my diagnosis, we decided to relocate. We would move back home to Wales to have the support from our family and friends.

By December I started cane training. This difficult to accept as it made my loss of vision seem so much more real. It felt that everyone else would also be aware of my struggles. I hated feeling so vulnerable, however, I knew I couldn’t let this beat me and change the person I was. One way of coping that worked for me was to basically make fun of myself. We would joke that I was like Moses with my cane as crowds would part for me to walk through. Finding humor in these things helped me get through them.

Cane training was hard; I just never thought this would happen to me. In public, I would get odd looks from strangers if I got my phone out. At a music concert, I was harassed because the security guard let me skip the huge queue. Even with massive text on my phone, I was too scared to look at it in case people thought I was faking! I constantly worried about what people would think of me.

When my doctors told me about a charity called RP Fighting Blindness (Retina UK) it was the positive outlet I needed. I organized a successful music event where we raised £1200. After the fundraiser, I wanted to continue being positive and not let this disease define me as a person.

What It Means To Be Blind

Back home in Wales, I continued my cane training. I was terrified when I used my white cane because of the stigma attached to it. So I asked my support worker about the possibility of a cane in a different color. She ordered one for me from Canada and I now own a nice pink one! The fear was still there but it made me smile a little more.

As I continued to struggle with my sight loss, my support worker suggested I consider using a guide dog. I was approved and had few runs with different dogs to see how it felt using one. My fear of being out in public disappeared and I didn’t feel so vulnerable. It just felt that I was out walking a dog and I felt better supported. However, I decided to wait until my youngest is a bit older before getting one.

My main goal now is to raise awareness of what it means to be blind. I want people to realize that not everyone is in complete darkness. We can use our phones even if you see us also using a cane.

Often people say, “You don’t look blind?” or “But you can see?” These sorts of comments are why I want to share my story. Yes, I have lost my central vision, but I do still have my peripheral vision. I am not in complete darkness, but I am blind.

Falling Down & Getting Back Up

There have been a lot of low points throughout my journey. I’ve fallen down the stairs a few times and was knocked over by a professional bike when crossing the road. But one thing I won’t do is let it get me down.

Four months after we moved back to Wales my Mum got ill and passed away from a brain tumor. She died 4 weeks and 5 days after she was diagnosed. My mum is the reason I want to carry on being positive and why I want to raise more awareness. I know it’s what she would have wanted me to do. She motivates me every day to get up and just deal with it. I want to help others in my situation to understand what it is to be blind. And most importantly to never give up!

I’m hoping my new blog Me Myself and Eyes will help others, not just with blindness but living with a disability. Surrounding myself with my amazing family and friends makes handling the bad days so much easier. I’m hoping that I can be the support that someone needs who may not have the support network to get through day to day.

Closeup photo of Woman On The Move, Kay Haines, with gorgeous blue eyes and coral lip color. She has long dark hair framing the left side of her face.

7 thoughts on “Kay Haines | Me Myself and Eyes”